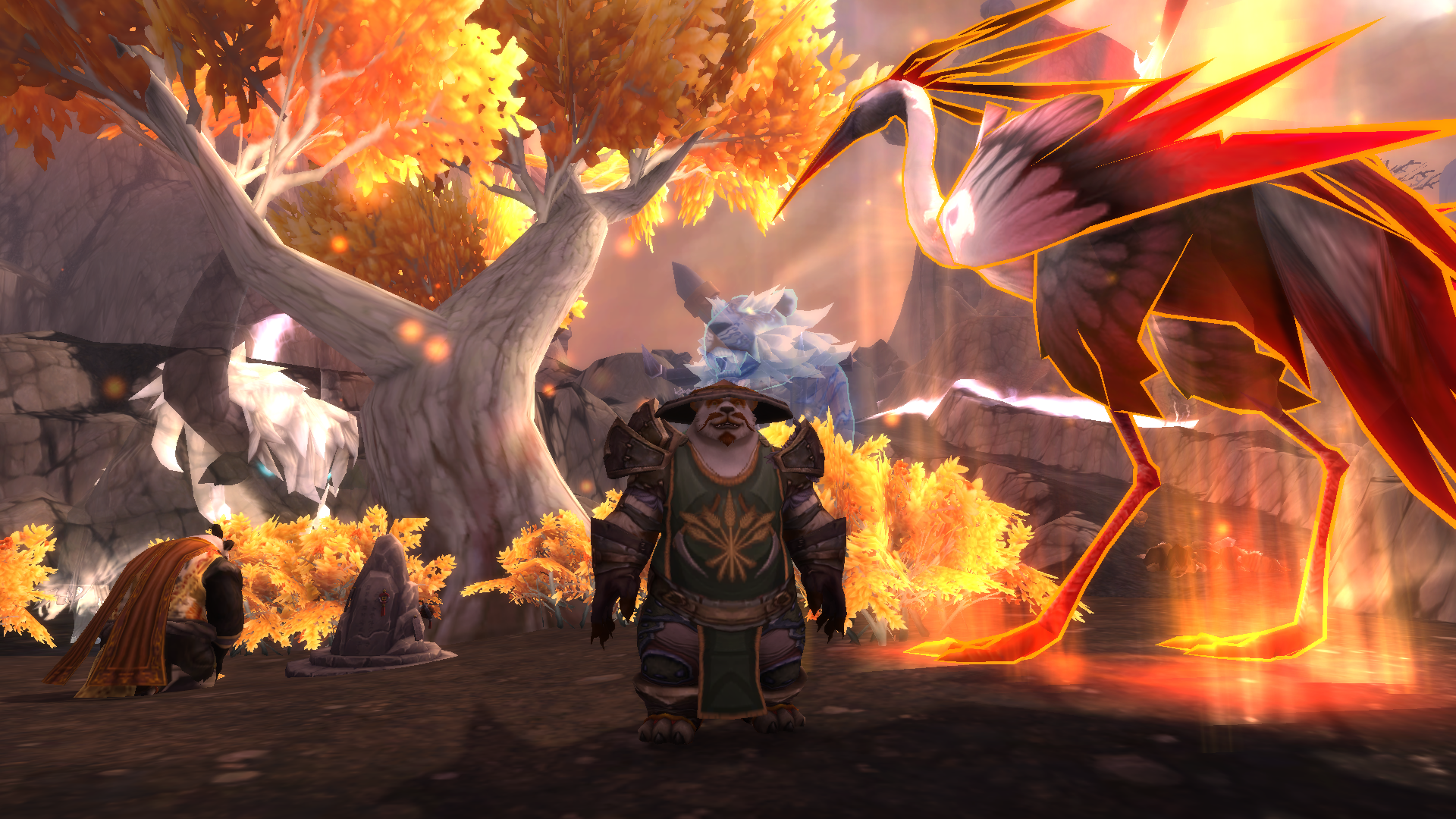 ChunPo kneels on the ground in front of a cherry blossom tree, and listens to the sounds of battle, born to him on the winds. He understands that these sound are from wars in far away lands, lands he abandoned when he made his choice to stay here in Pandaria after helping free his beloved homelands from the evils of the Sha and the Orcs.

ChunPo makes a daily pilgrimage from his homestead in Halfhill to here, Emporer Chao’s grave and the memorial to those who sacrificed their lives in defense of Pandaria, both here and in Orgrimmar. These were the wars that ChunPo fought in, and these are the wars that left him with the physical scars that have faded and the emotional scars that never will. All ChunPo wants is to enjoy peace in this home he fought to the death for.

Yet the sounds of these new, far away wars grow louder and louder. The winds call to him, call him to leave his home, possibly never to return, because… Because…

“Azeroth is in danger…”

ChunPo tries to ignore this voice, but it grows louder and more urgent every day. He ignores it, but knows that he will give in. Azeroth needs him, had given him years of peace but now calls him to action…

ChunPo kneels and communes one last time with Emperor Chao’s spirit, and is not surprised as Lorewalker Cho and the Celestials join him in saying farewell. Their voice echoes in his mind, radiating warmth and love and courage, and they say as one:

“Rise, hero, your time of solace is over, it is time to stand once more. For Azeroth. For the Alliance.”

The Celestials, having delivered their message, vanish. ChunPo rises and looks into Lorewalker Cho’s eyes. They kneel to each other, then yell as with one voice:

Posted in Everything | No Comments »
Tags: game, short story, WoW